Review of the Louisville St. Patricks Day Parade By: Stephanie 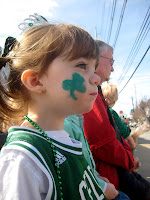 The Louisville St. Patrick’s Day parade is held on a Saturday around March 17th.  This year, 2011, it was the Saturday before. It starts at the intersection of E. Broadway and Baxter and ends near the Mid City Mall on Bardstown Rd.  It is a fun event for the whole family. 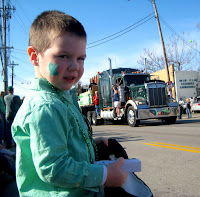 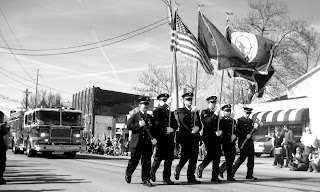 We took a seat on a wall across from the Homemade Ice Cream & pie Kitchen near KFC.  Not that sitting near the KFC drivethrough was the best place, but having a nice wall to sit on was great for watching the parade.  It began at 3pm and was a full 2 hrs long.  The parade was full of traditional parade marchers like military personnel, bands, police on horseback and fire trucks. But, in the spirit of St. Patrick’s day, there were bagpipers, lots of people dressed up as leprechauns and many party floats with people enjoying themselves and dancing!  There were even 2 floats dedicated to Lady Gaga. You just never know what you will see!  Most of the marchers handed out candy and beads. This was a huge hit to all of the children sitting on the curbs enjoying the parade as it went by. 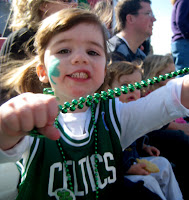 It was really easy to park getting there and leaving. We just approached the area on Grinstead off of 64 and parked on one of the residential side streets. We arrived at about 2pm to just walk around and get a good spot and at that time, there were no issues with traffic.

It was a really festive parade. Lots of people were dressed up and having a blast which made it great for just hanging out on a nice day. 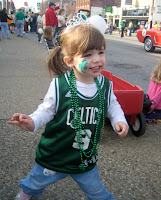 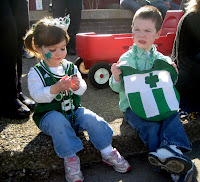 Although we didn’t participate, after the parade, part of Baxter near many of the Irish pubs remains closed for live music.