The Price is Right Live Stage Show is returning to Louisville and YOU could be the next contestant! 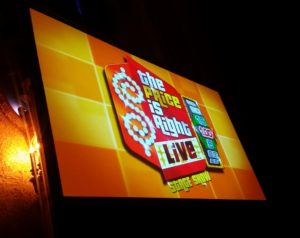 When I heard The Price is Right Live was coming to Kentucky again, I jumped at grabbing tickets for my husband and myself. We decided to leave the kids at home because it was on a school night, and kids under 18 cannot participate or win prizes, but it is a family friendly event.

Anyone who registers to be a contestant can be selected to play, so it doesn’t matter if you’re in the balcony or the back of the theater. Thinking of the tv show, I wanted to sit up close so I could offer my “expertise” on the prices to the contestants that were lucky enough to be chosen to participate. My husband and I were not selected to participate, but we had a great time, and I did appreciate the close seats. I thought they were worth the extra price.

According to the rules, legally you have a chance to win prizes without buying a ticket to watch the show. At 4:30pm the day of the show, people are allowed to start registering as a willing contestants. (Just having a ticket does not qualify you to be a contestant). There was a line when we got there, but it was fast moving. We registered, got our official Price is Right Live name tag, and then at 6:30pm waited in a REALLY long line to be let in to our seats. At 7:30pm they chose all the names of the contestants, and at 8pm the show got started. 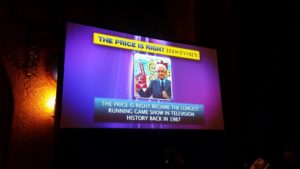 The 2016 show was also in Louisville and we ate downtown between registering to participate and going in to watch the show. It seemed like every place we looked before and after the show, we saw contestants with their infamous show name tags. There were a ton of crazy shirts, and even some costumes. I highly recommend going with a big group in matching, crazy shirts. It isn’t taped for tv, but it’s a lot more fun! 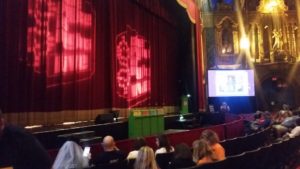 The Price Is Right Live has been traveling around the country for years, and seems to get more and more popular each year. You won’t see Bob Barker, Drew Carey, or any of the well-known staff of the tv show, but the host and announcer were very funny and knew how to work a crowd. It was an entertaining show, and it’s always more fun with a chance to win something! I’m looking forward to going again! The 2019 tour will be in Louisville, Kentucky on February 27 at 7:30